Confession: The subject of this latest Kulinarya challenge is completely new to me!

I had never heard of Philippine Ice Candy until Jun Belen brought it up to me as we were discussing this month’s challenge. I was born in California and didn’t grow up eating Philippine ice candy. I grew up on Popsicles and Fudgesicles, Push-Ups and the occasional Otter Pop when I was at a friend’s house. Oh…and Thrifty ice cream. Remember when triple scoops of Thrifty’s legendary Chocolate Malted Krunch were 15 cents? Yeah…I’m that old. :)

Ice candy is typically made using long plastic bags that are tied at the top. These bags are usually 1½x10 inches and from what I hear, can be found in the US in Filipino markets. I didn’t have a chance to get to my usual spots, but I found 2×10 inch bags on eBay, which produce a thicker ice candy, which was just fine with me. Use your favorite popsicle mold if you can’t find the bags.

While doing research for this challenge, I loved seeing all the different ways ice candy is served in the Philippines; the use of fresh fruits is pretty mind-boggling. But if I was going to do this challenge any justice, I’d have to draw from the memories of my own American childhood. 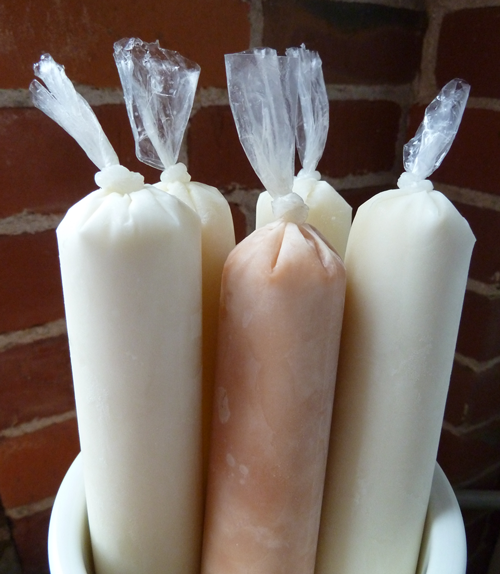 Cereal milk has always been an indulgence, especially when artificially flavored fruity or chocolately cereals are involved. It’s analogous to the icing on the cake; an extra reward after finishing off something delectable and sweet. Over the past few years, cereal milk’s popularity grew when it became a drink and a featured ingredient at David Chang’s Momofuku Milk Bar. Bottles of cereal milk, cereal milk soft serve ice cream, and cereal milk panna cotta — along with Milk Bar’s compost cookie — made Momofuku pastry chef Christina Tosi famous, and the official Momofuku Milk Bar cookbook was released in October 2011.

You don’t really need to follow the recipe in the book…cereal milk is made by simply steeping cereal in milk and then straining it. Tosi adds a little brown sugar and salt after steeping to balance flavors, but your own taste buds will let you know if you’re satisfied with the flavor after steeping. Tosi’s recipes use toasted Corn Flakes, Fruity Pebbles, and Cap’n Crunch, but you can use whatever cereal you want. Serious Eats has a fantastic post about the best chocolate cereal to make chocolate cereal milk (they preferred Cocoa Puffs and I concur with them that Cocoa Pebbles are generally awful. 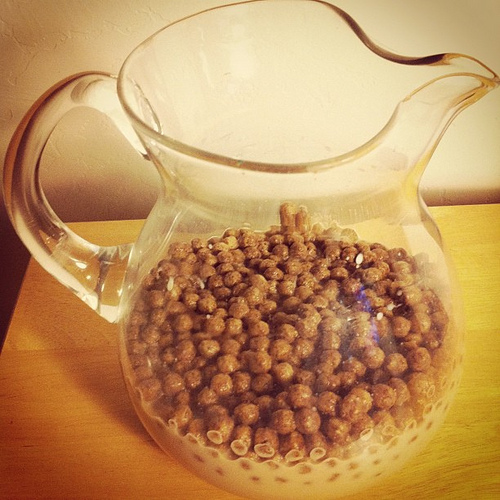 For this version, I used Froot Loops because they were my favorite fruity cereal when I was a kid (and I was always kind of a Kellogg’s loyalist). My first batch of cereal milk was made with Fruity Pebbles using the Momofuku recipe. I liked it a lot, especially for the color, but it was really sweet. I made a second batch with Froot Loops, which I freestyled, and was really happy with the results. Froot Loops aren’t as sweet as Fruity Pebbles, which I preferred, but you’ll miss out on the pretty peach pink color. The Momofuku cereal milk recipe is below, but feel free to make your cereal milk however you like. :) 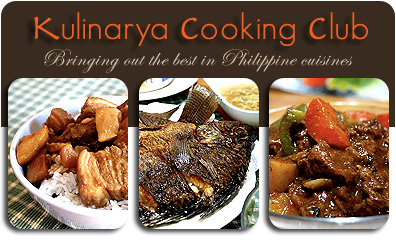 You can join the Kulinarya Cooking Club too!

Oh yum, I love Froot Loops too. As soon as I get freezer space I’m making some!

Wow, I like your take on ice candy challenge – it is unique! Oh yeah, the good old triple 15 cents a scoop ice cream. That was always a treat for me and my sisters during our laundry mat summer days next to the Thrifty Drug Store here in LA. Thank you for sharing this ice candy and the memories.

Thanks, Ray. I grew up in SoCal and walked to Thrifty almost every other day when I was a kid. I miss those cylindrical scoops!

Those are nice memories and I love your take on this ice candy challenge!

Thanks, peachkins! I felt so un-Pinoy because I only just now heard of ice candy, but it was fun researching and making these! I’ll definitely be making more from now on!

Thanks, Marvin. Hope things are good on your end! :)

Awesome– I was thinking of making cereal milk ice candy too! Didn’t bust out my Momofuku cookbook in time!

Thanks! Once the idea popped into my head, I had to run with it. It’s funny how simple making these really is.

I just ate but now I’m hungry again after reading this delish post & seeing those great Iced Candy photos. Thanks for the recipe, Arnold & for hosting this event together with @JunBelen! Glad to do this fun KCC March event with you!

Thanks, Elizabeth. I love making people hungry when they shouldn’t be. :)

Oh yum! I like this! Something my boys would love. They are not into fruity ones, they love chocolates and milk and cereals.

Thank you for the wonderful theme!

You’re welcome, Iska! I want to make some fruity ones soon. I think your boys will come around some day! :)

Amazing choice of ice candy flavor! My daughters love fruity pebbles! I’ll be trying this the next time I make ice candies!

Thanks, Tina! And your blog entries helped me figure out how to tie these things! :)

I’ve seen that Momofuku book and want to get my hands on one.. (and actually eat in the restaurant as the closest one is in Sydney, dunno if they have desserts though but I digress) Unfortunately for me we don’t have froot loops in this neck of the woods.. but we sure have Cocoa Pops! I forgive you for the late entry (as I’m late as well..hehe!)