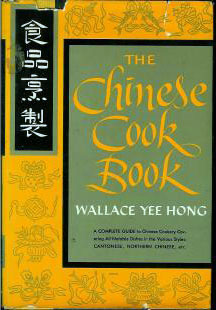 Earlier this year, I embarked on a quest to find the best Neapolitan pizza around. L.A.’s Pizzeria Mozza is my favorite, but in the Bay Area, that title currently belongs to Pizzeria Picco in Larkspur with Pizzaiolo in Oakland a close second. But after yesterday, Pizzeria Delfina in San Francisco’s Mission District just squeezed itself into the number two slot.

I always like to start with the basics, so we ordered the Margherita pizza. The tomato sauce was a little bland, which was disappointing, and my wife said it could have used more fresh basil, as well. However, both the mozzarella and the crispy/chewy/salty crust were great and almost made up for these deficiencies. Our other pizza was one of the daily specials, the Carbonara, which featured pancetta, leeks, Pecorino Romano and two runny eggs. Thanks to Pizzaiolo, I love eggs on pizza, but Delfina was able to ensure that the eggs covered the entire pizza so that there was a little in every bite. This pizza was perfect and sinfully good. The Carbonara and Delfina’s pizza crust were enough to put Pizzeria Delfina just slightly ahead of Pizzaiolo in the pizza category. (To be fair, Pizzaiolo offers a much more diverse menu that includes fresh burrata, as well as some excellent pastas.)

Pizzeria Delfina’s in a great location about 4 blocks from the 16th Street BART station, which is good because finding parking was a big issue for us. But its 18th Street location means that it’s also sandwiched between the venerable Tartine Bakery and Bi-Rite Creamery, my favorite ice cream in San Francisco. Maybe next time we go to Pizzeria Delfina we’ll try one of their desserts, but with those two options nearby, would you blame us for asking for the check when we were done with our pizzas?

When I walked in the door tonight, my brilliant wife presented me with this amazing sandwich of fried egg topped with two slices of bacon and melted Pepper Jack cheese on a Dutch Crunch roll. My wife grilled the inside of the bread with some butter, filled it with the bacon, eggs and cheese, and then put it in the toaster oven to melt the cheese and toast the bread. She made the whole thing up on the fly, but it was one of the best sandwiches I’ve ever had. Bacon and eggs are a given, but I really loved the spicy kick from the Pepper Jack.

I forgot that I had the day off today, so after driving all the way to work and back, I needed something to do. After talking to Alien J about the eggs we had at Ad Hoc’s Easter Brunch yesterday, I thought that I would do an egg experiment and use the results to top the Chicken Adobo Fried Rice I planned on making for lunch. The final results were interesting. Normally I like runny eggs on my fried rice, but these eggs were much different. The whites were very delicate since they hadn’t set up yet, but they weren’t too runny. The yolks were set enough that they maintained their shape, but when you put them in your mouth, they were creamy and delicious. Here’s some pictures.

I don’t know if I’d do this every time I make fried rice, but next time I’ll probably lower the temperature so the yolks are runny.

I’ll write more about the chicken adobo in the next couple days. :-)